Reading a story about the 10 best films of Woody Allen, I met again with a movie that I loved in his day, Sleeper (in Spain known as "El Dormilón"). In it by mistake, the protagonist is frozen in 1973 and wakes up 200 years later where he is passed as a butler robot in a spectacular house of the future.

All this led me to write this article with 6 houses that have been inspired by movies or that at least remind me of them.

As is logical, we will start with the house where the aforementioned Woody Allen movie was filmed. The house of fine elliptical curves was designed by the American architect Charles Deaton, was built in 1963 on top of the Genesee Mountain (Colorado, USA) and is also known as "Sculptured House" (the sculpted house). 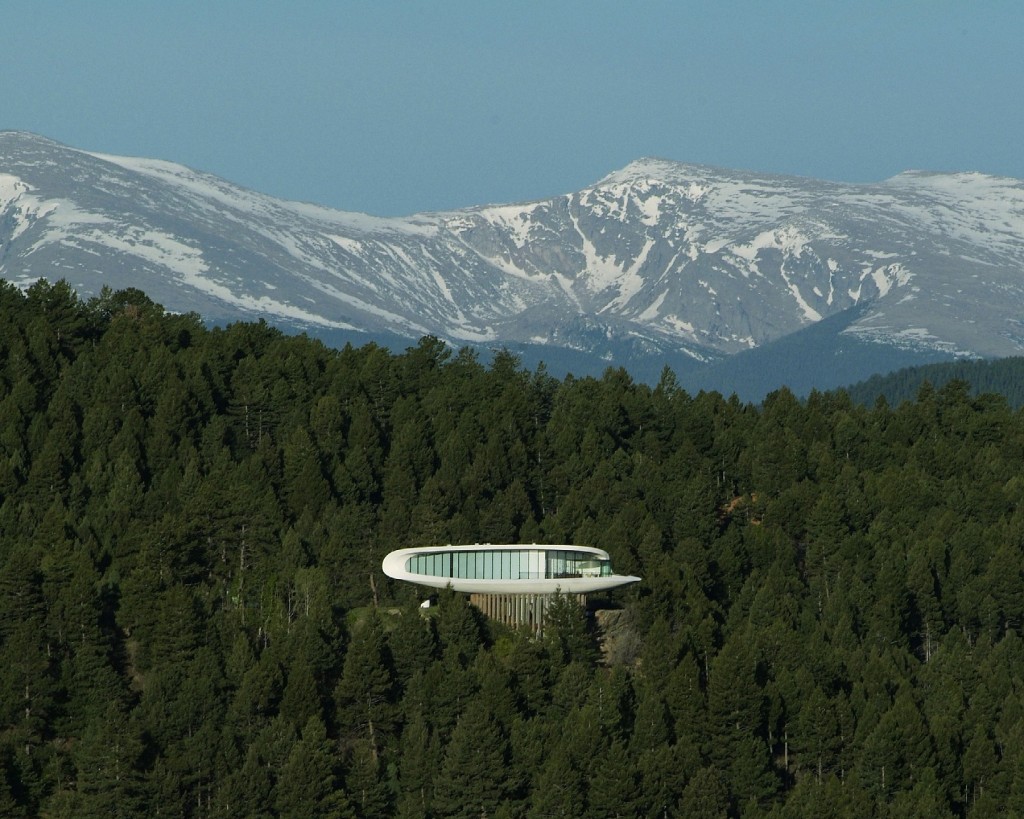 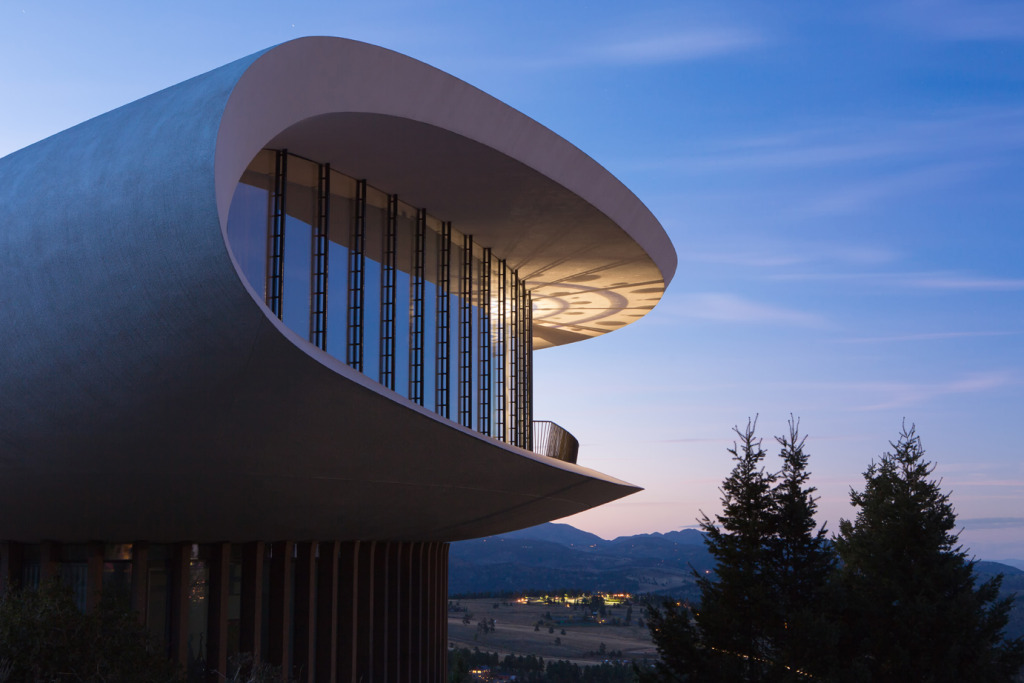 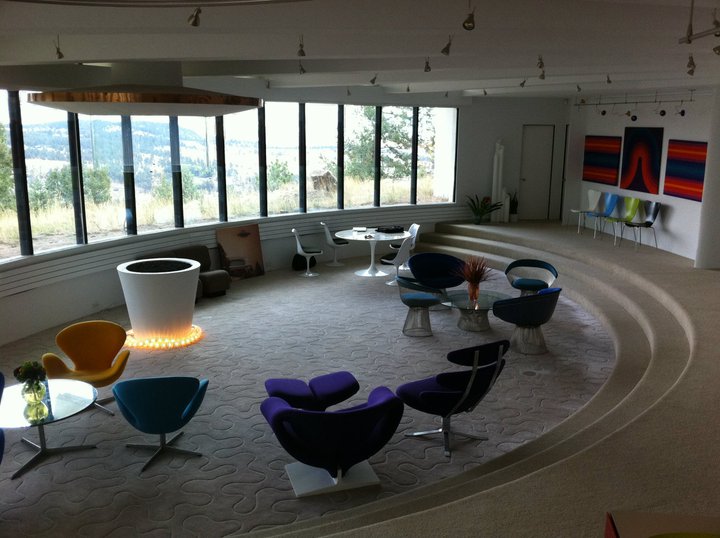 Continuing with the "futuristic" style houses, we can not miss the house that inspired the residence of the character Tony Stark in the movie Iron Man performed masterfully by Robert Downey Jr.

The house is a project called "Razor Bluff" of the American firm Wallace E. Cunningham and is located in California. Its construction stands out for its perfect balance between white concrete and large windows that, together with its location, make it unique. 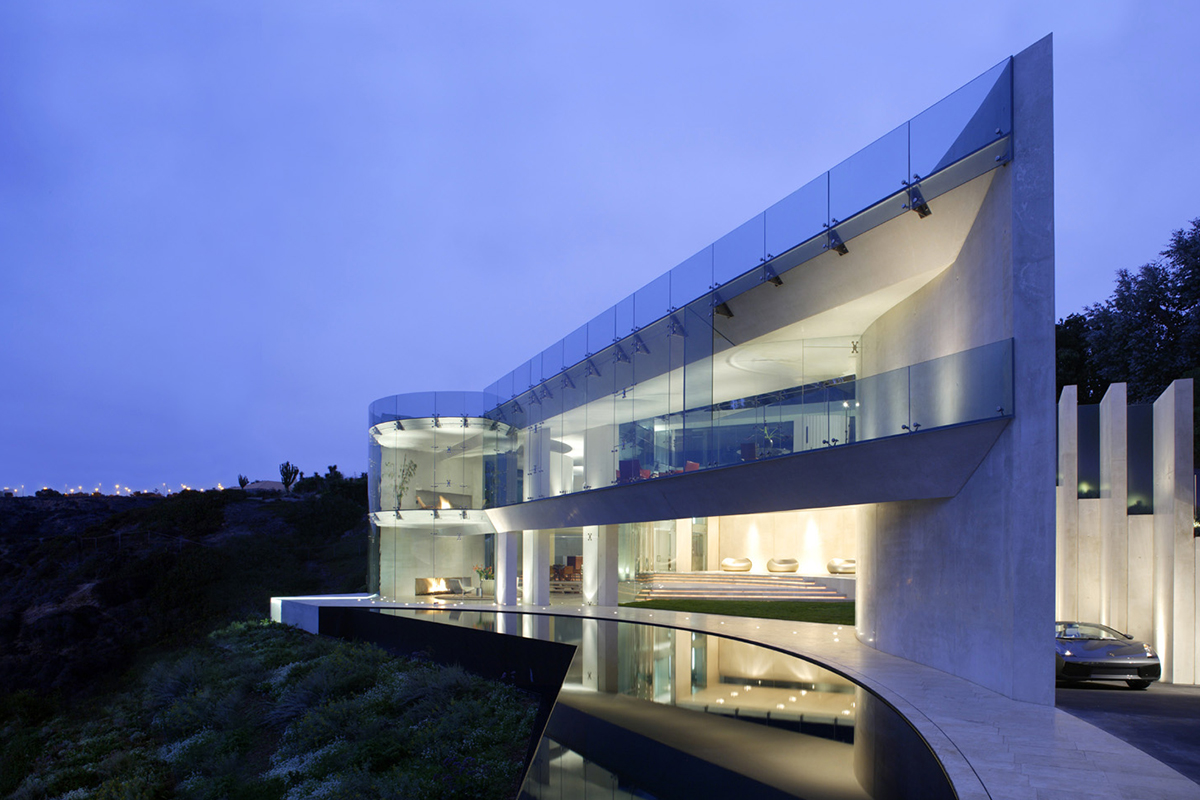 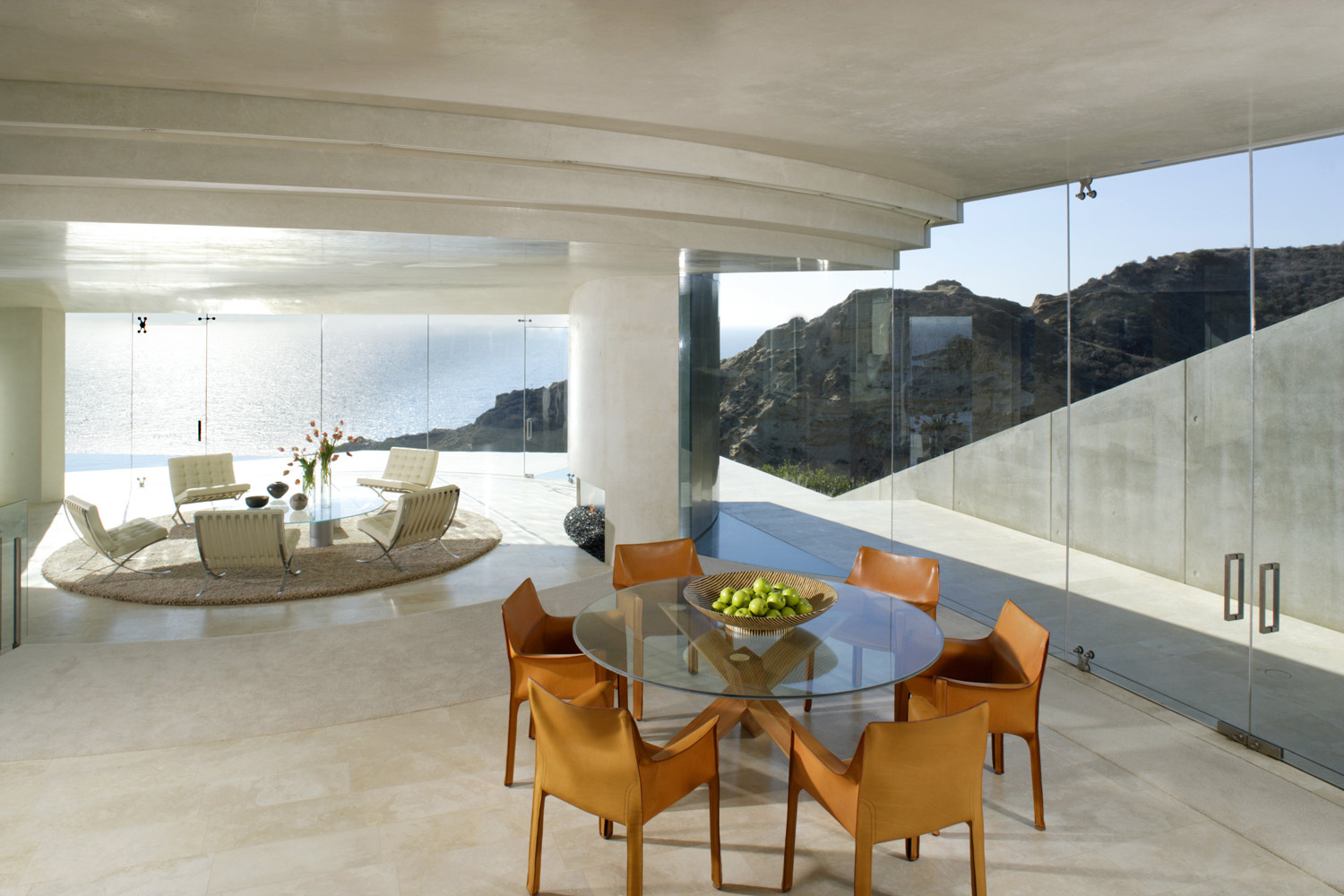 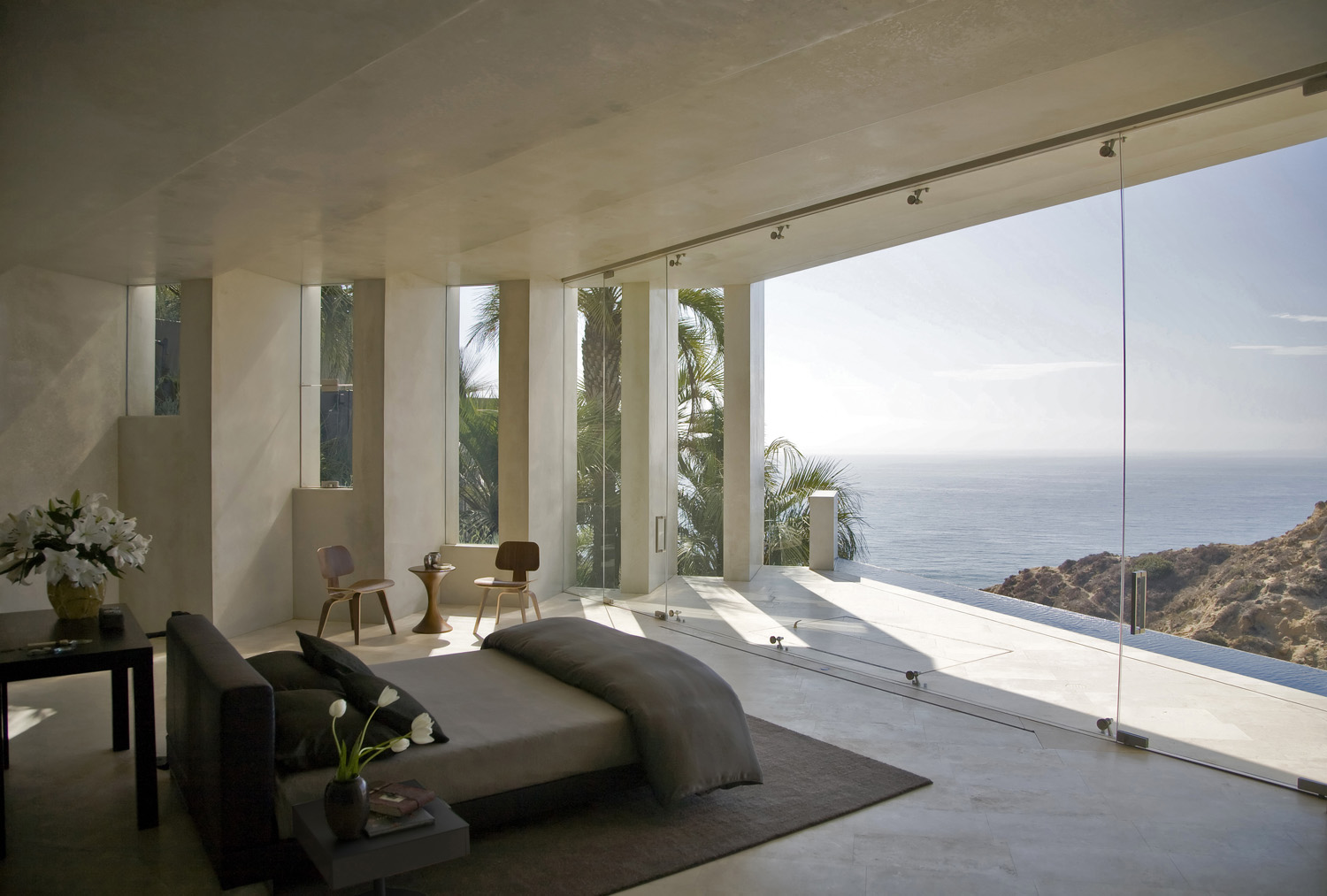 Although the undisputed protagonist of this film is of dark profile, it is clear that it has good taste. On this occasion we highlight the Klein Bottle house by the Australian architects Robert McBride and Debbie L Ryan whose design is reminiscent of a FASHION CAVE where it is clear that the black and red combination always triumphs. Honestly, I do not know if they really were inspired by the movie BATMAN but it reminds me of her. :) 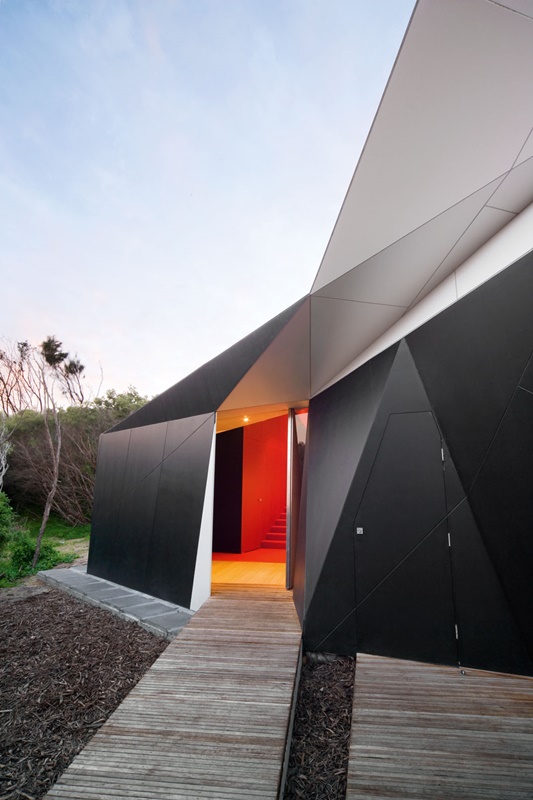 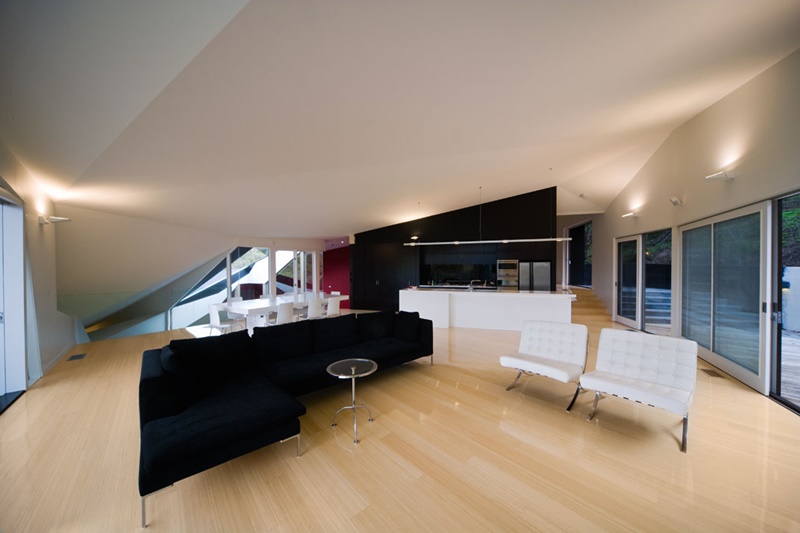 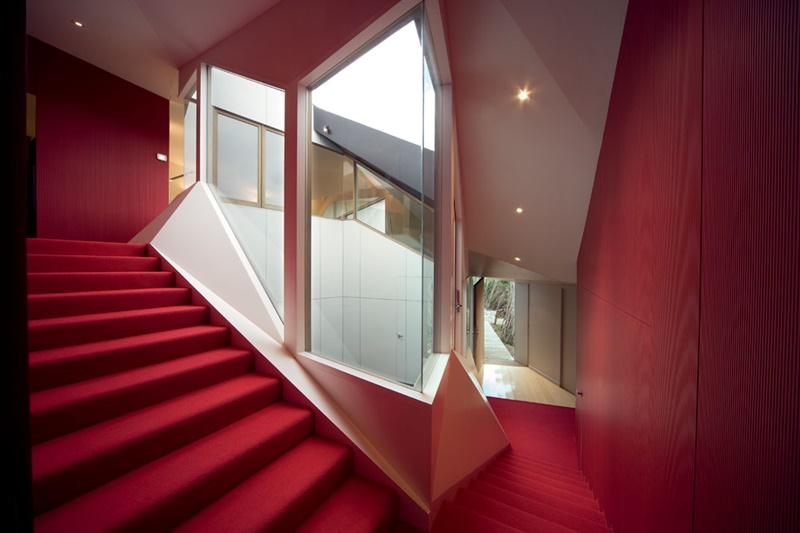 It is not a secret that the saga of the WARS OF THE GALAXIES has many fans and an example of it, is the chalet that has been built one of them in Korea. The house, which was designed by Korean architects of the firm MoonHoon, imitates white concrete on the outside and dominates in the interior white and natural pine wood. 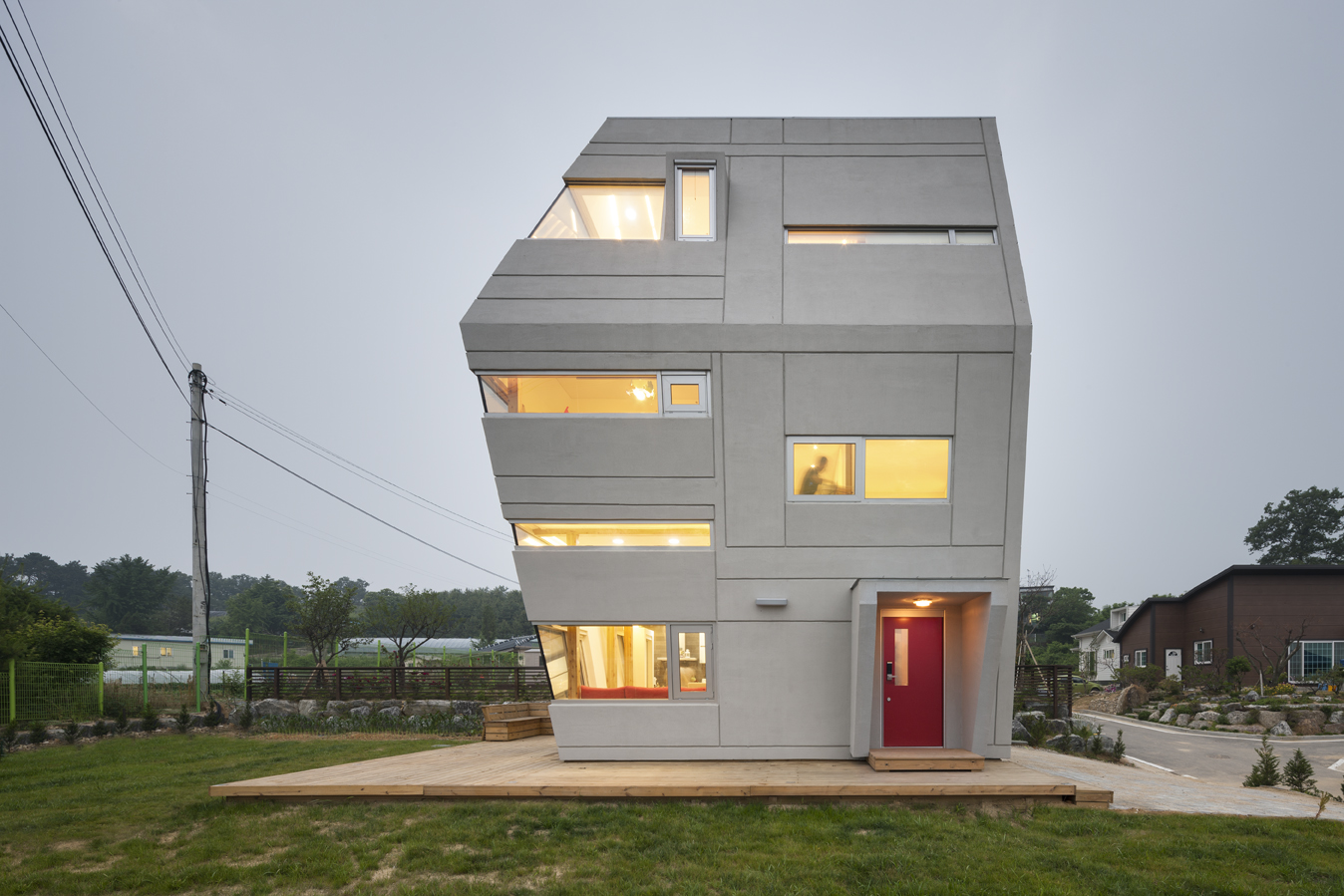 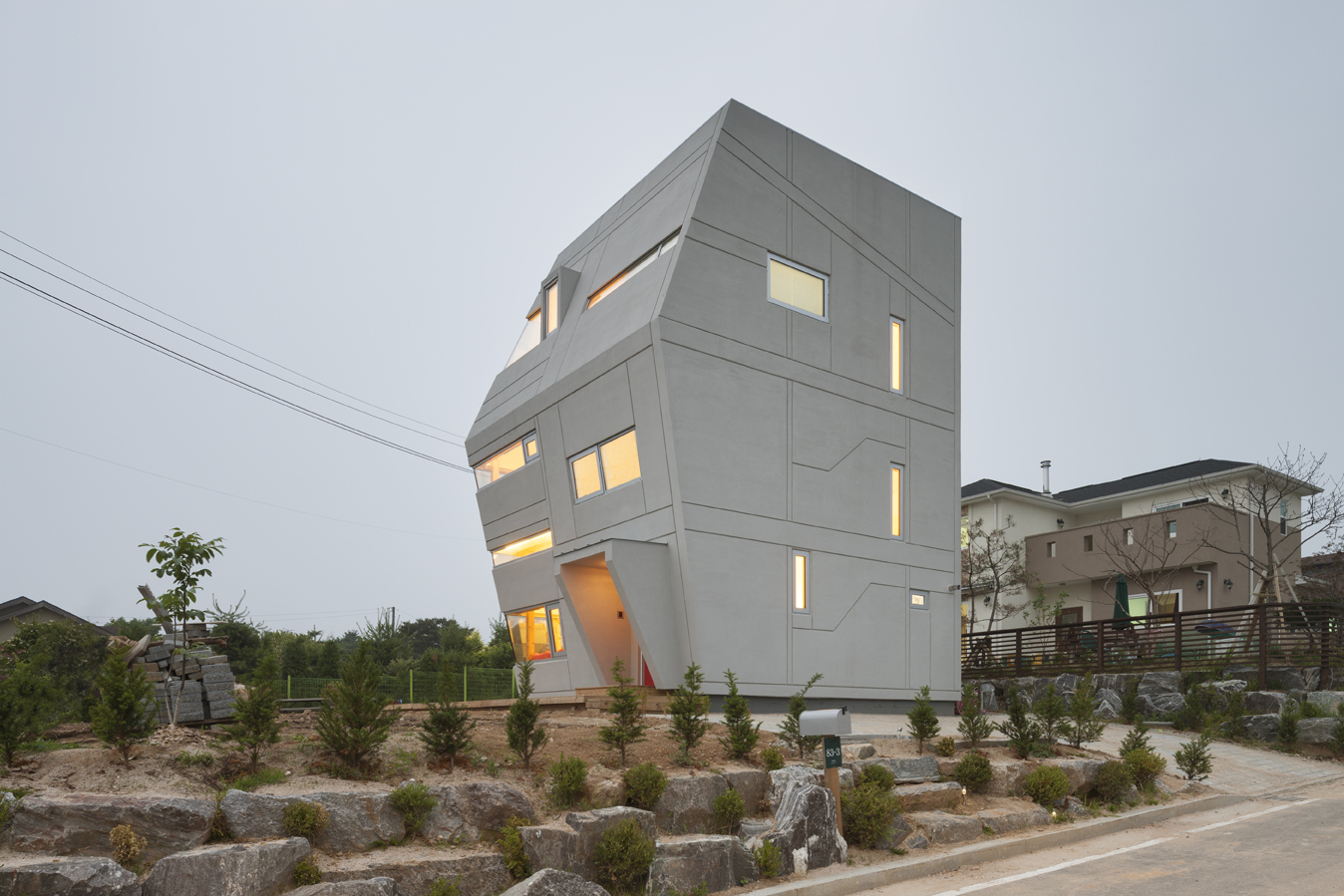 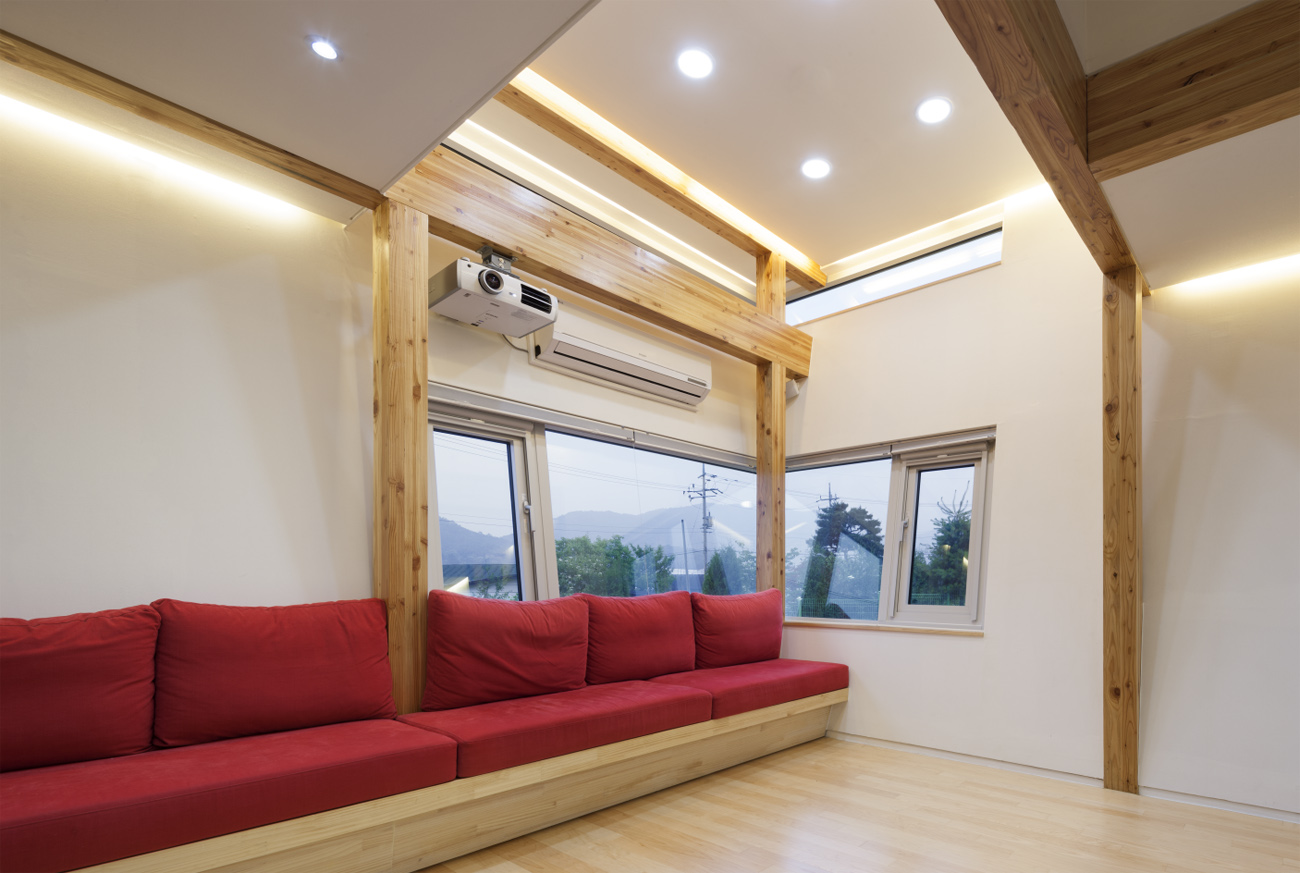 It is well known that Agent 007 is an expert in women and good living. Surely after his many adventures, he likes to rest in a quiet place accompanied by a good glass of wine and better company.

In this case we present the house called "Balnearn Boathouse" of McKenzie Strickland Associates and in 2010, winner of the RIBA prize in the "Architectural Excellence" category. 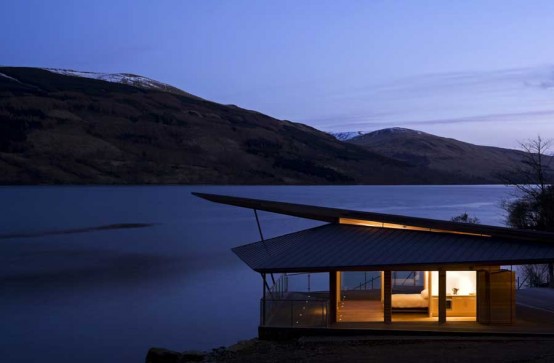 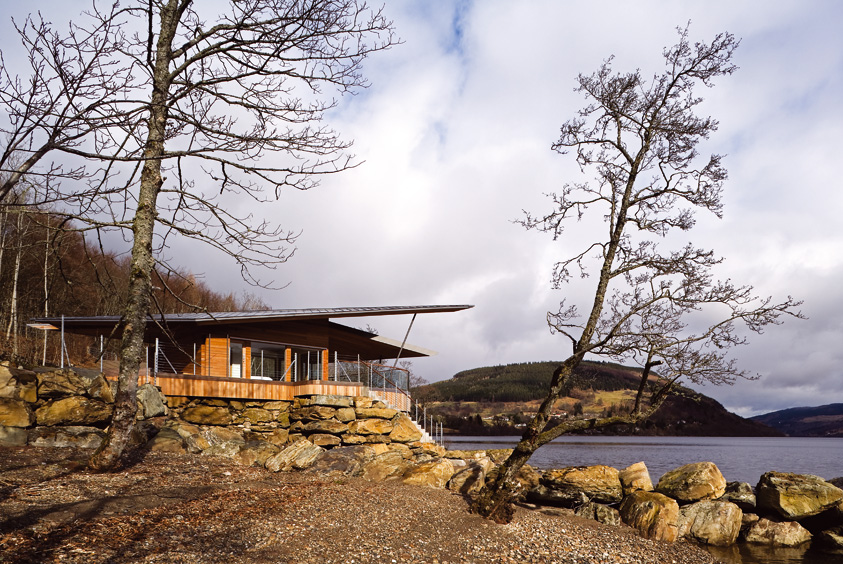 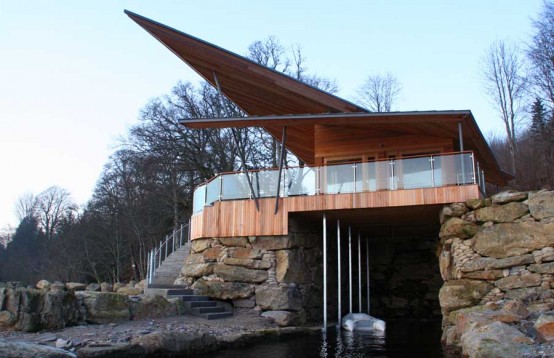 We ended up with a house that we could call a neo-futurist style because although it is inspired by LOS PICAPIEDRA, it has all the ingredients to be the home of the dreams of many of our readers. In addition, the views of the coast of Malibu, west of Los Angeles, are impressive

The house belonged to the American producer and actor Dick Clark, it was built entirely in stone, both inside and outside. As a curiosity, it was sold in 2014 for 1.7 million dollars after 3 years on sale at an initial price of 3.5 million. 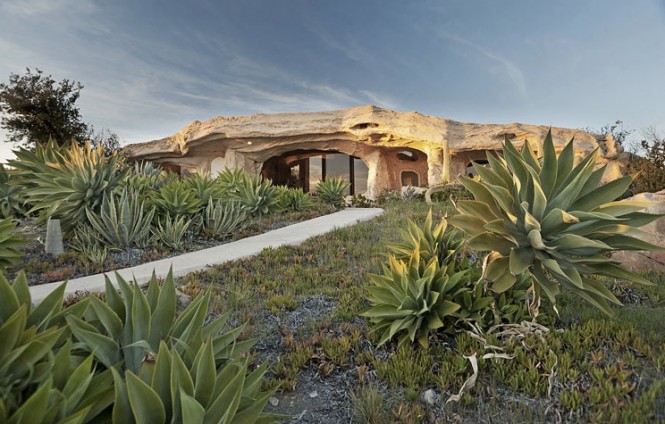 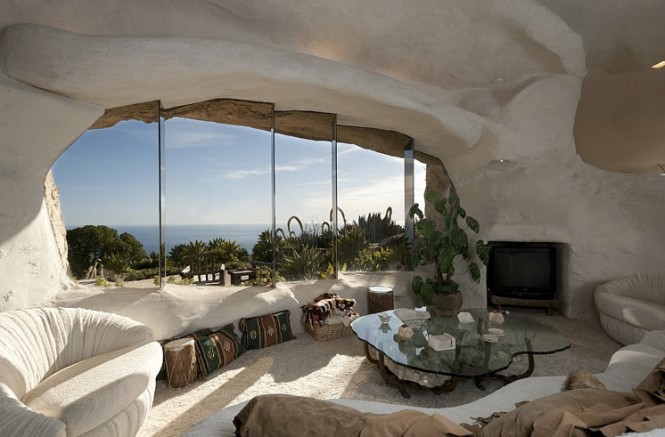 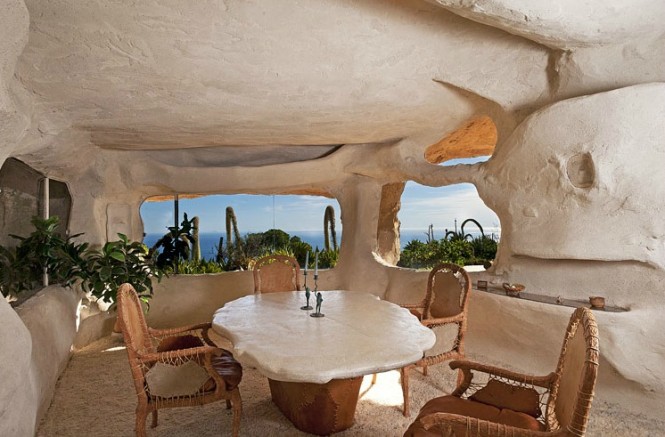 As you can see, anything goes as a source of inspiration!