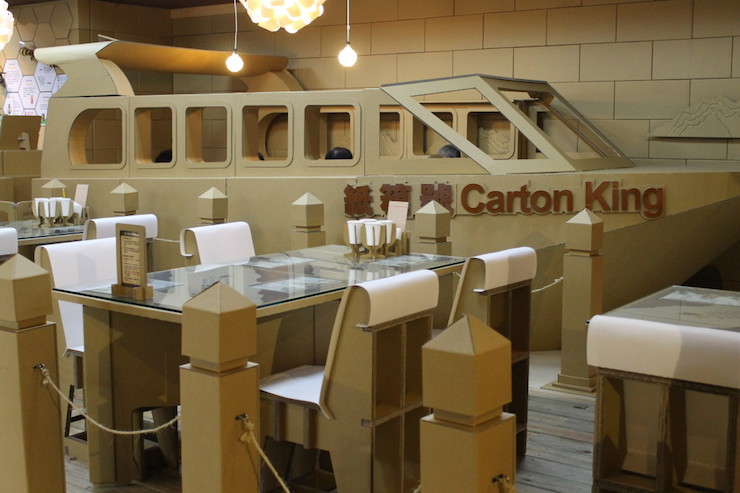 In the school we use many cardboard folders, mainly for the subject of projects, and a large part of those folders remain forever in the office of the teaching unit. I've always wondered what the bedeles were doing with the hundreds of folders that remained at the end of the year and I think I know the answer. We have raised a possible use of folders to make a cardboard plotter, but from Taiwan they offer us a cardboard restaurant. This is surpassed by the plotter. 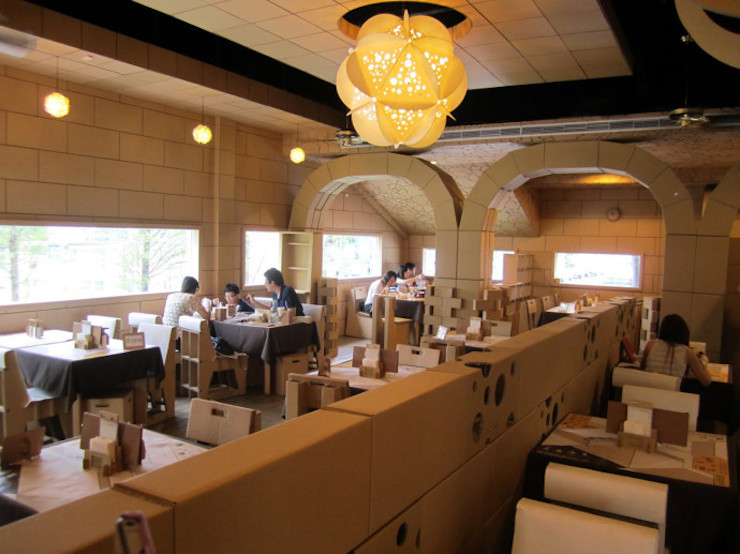 Dishes, cups, tables, even restaurant walls "Carton King Creativity Park"In the city of Taichung are made with recycled carton. This concept has been the brainchild of Huang Fang-liang, a paper salesman who wanted make an ecological proposal for your business and as I was saying for the Reuters Agency:

"It's to say that after using something, you can use it again"

At "Carton King Creativity Park"Nothing is thrown away. If any part is damaged or damaged, it is saved and later recycled in a new element of the restaurant, which reinforces the eclectic aspect that it has.

All the cardboard used is treated against water and fire and is constantly tested in front of the customers who are calmer when they see the chef of the restaurant, about 100 kg, sitting in a cardboard chair. 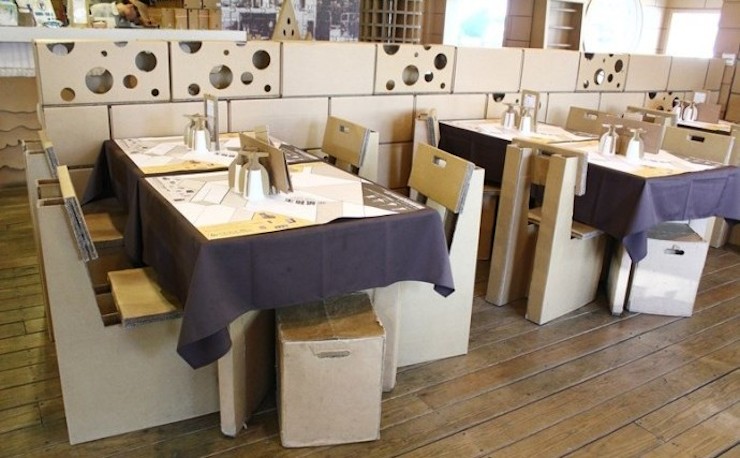 As a complement to the cardboard restaurant, the nearby park has several sculptures of cardboard buildings, a small cardboard zoo and even a gift shop, of course, cardboard.