We see them more and more often starring decoration magazines and blogs, in numerous sizes, colors and shapes and we can not avoid it, they have stolen our hearts. We tell you everything you need to know about the fascinating and charming Mora watch.

Originating in the Swedish city of Mora, from where Krång Anders Andersson began the tradition of its manufacture in 1790, its production soon became popular in the rest of Sweden continuing its production throughout the country until well into the nineteenth century (1880)

Despite this, the name of the town where he was born was definitely linked to the famous watch with winding curves, the Mora clock. 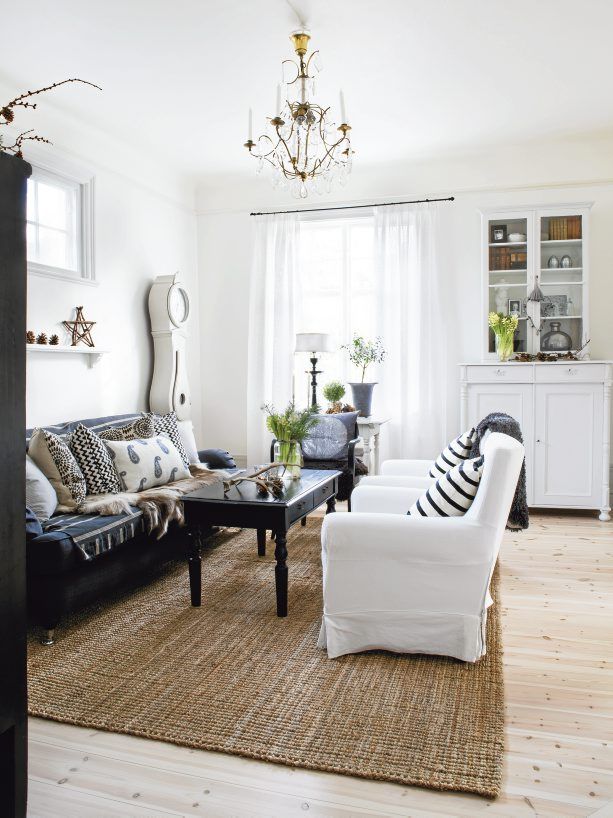 Because after several years of drought in the region, at that time thousands of immigrants returned to their homes in Mora (from Stockholm and southern Sweden) with new skills among which was the manufacture of watches and that became a additional source of income in the sterile winter days. In a short time, the hobby happened to become an important craft industry. 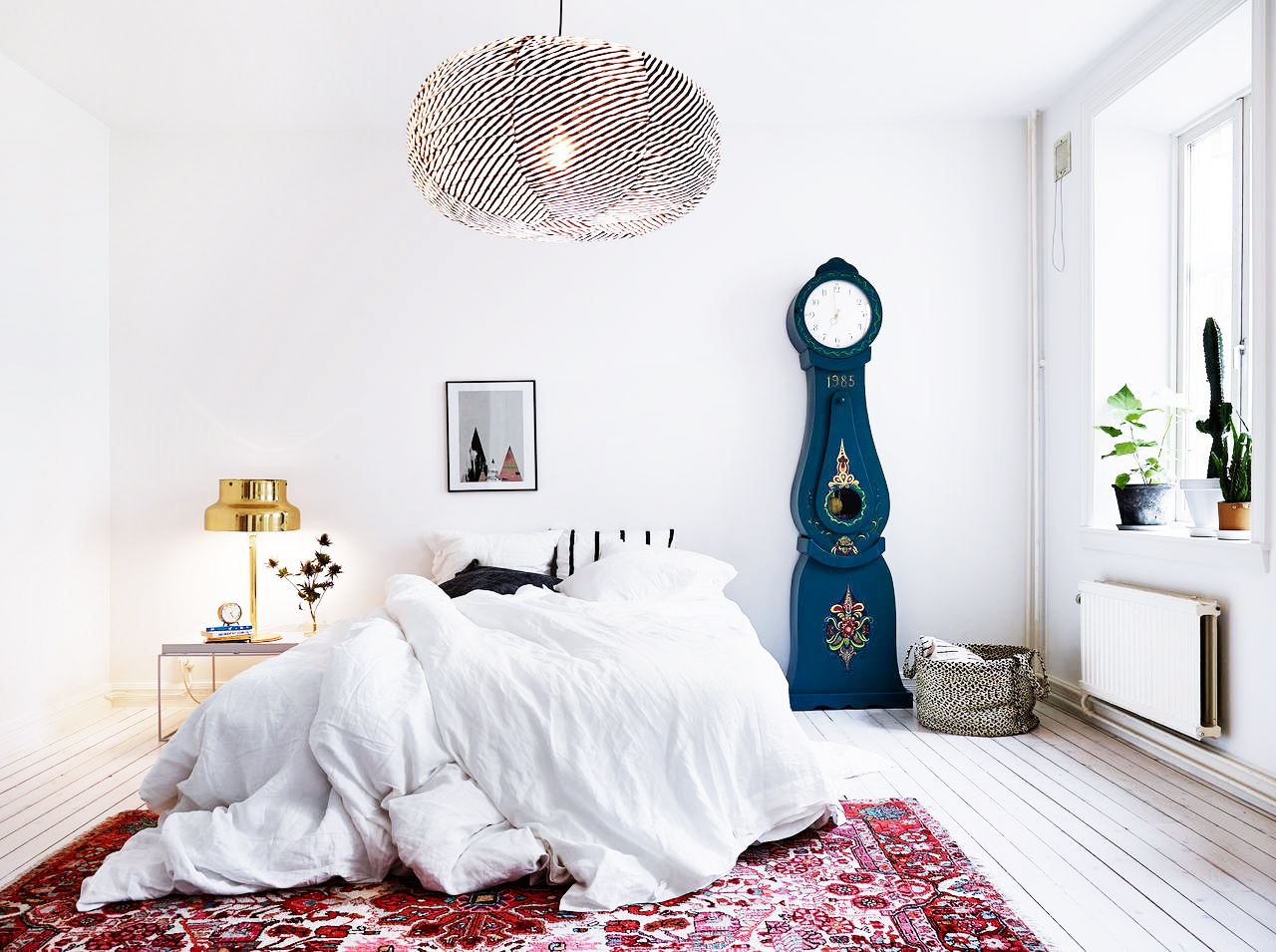 It is estimated that around 50,000 Mora watches were produced in the 90 years that its manufacture was prolonged until it ended up succumbing to new designs with cheaper and more efficient production methods that came from Germany and the United States. 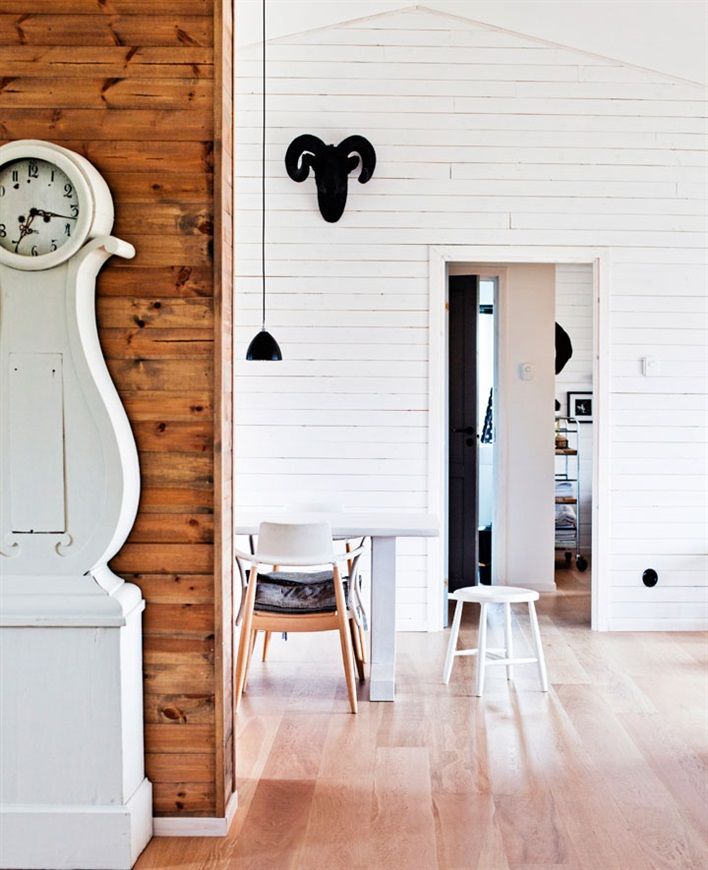 Made by order, each part of the watch was manufactured separately by the different specialized craftsmen, adjusting to the requests and specific needs of each client. This explains the wide variety of existing clocks and that you can not find two Mora watches exactly the same. 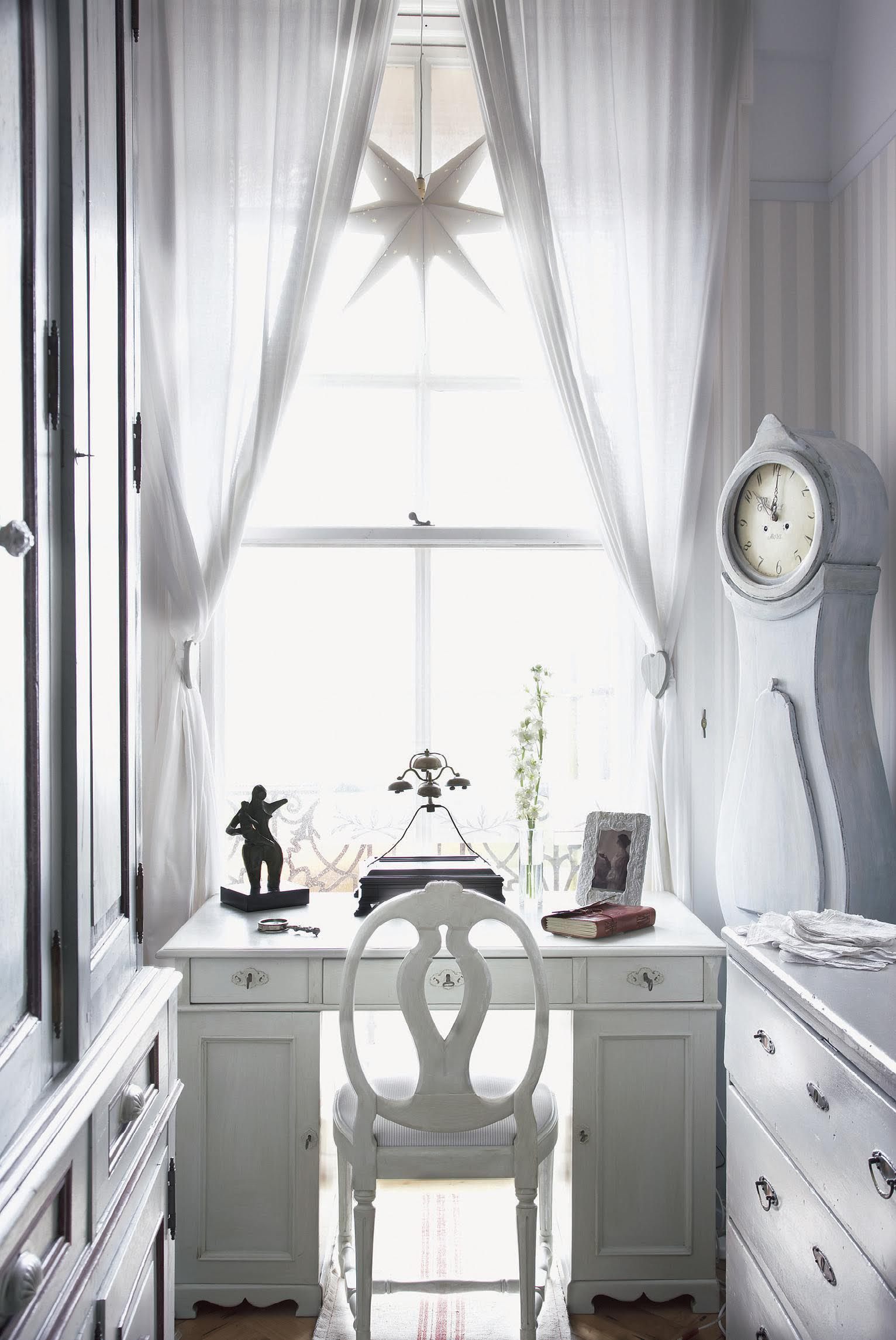 If there is something that characterizes the Mora watches, it is their particular and sinuous rounded silhouette that gives them a feminine and sensual appearance. Some are clearly Gustavians, with a fine and elegant profile while others have marked Rococo influences with more robust and heavy silhouettes.

Their delicate and feminine aspect makes them especially suitable for setting spaces of Shabby Chic style. 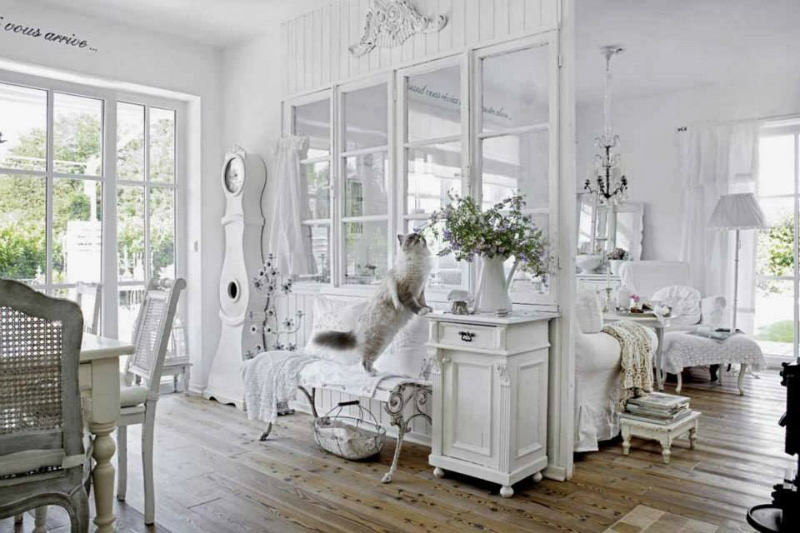 As for its dimensions, Mora watches are usually quite high, ranging between 1.80 to 2.60 meters. Despite their great height, they are quite narrow (50-70cm) and shallow (20-25cm) which allows them to enter into small spaces without problem. 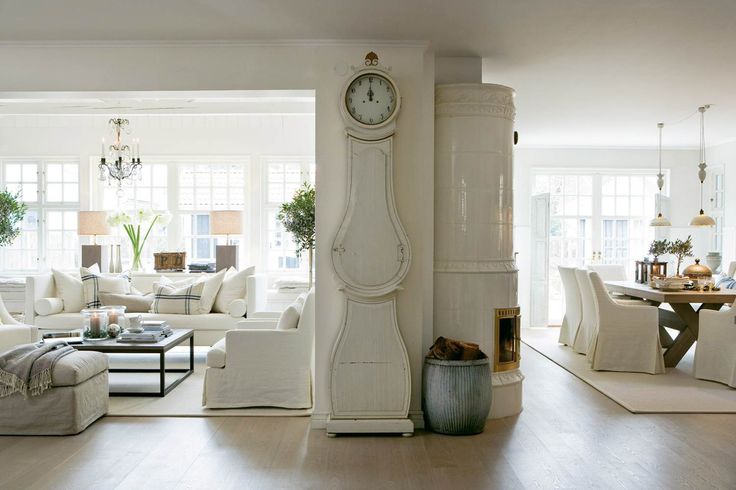 The dial of the watch, where the time is displayed, usually measures around 48 cm in diameter but as with the shape and size, there are clocks with spheres of disparate diameters ranging from 38 cm to the immense 64 cm.

The numbers are painted in black on an enameled white base that has been previously applied and Arabic numerals were often used, although it is not unusual to find Roman numerals in some specimens. In some areas it is also possible to see the name of the manufacturer of the mechanism and / or the place of origin or other details painted and even engraved. 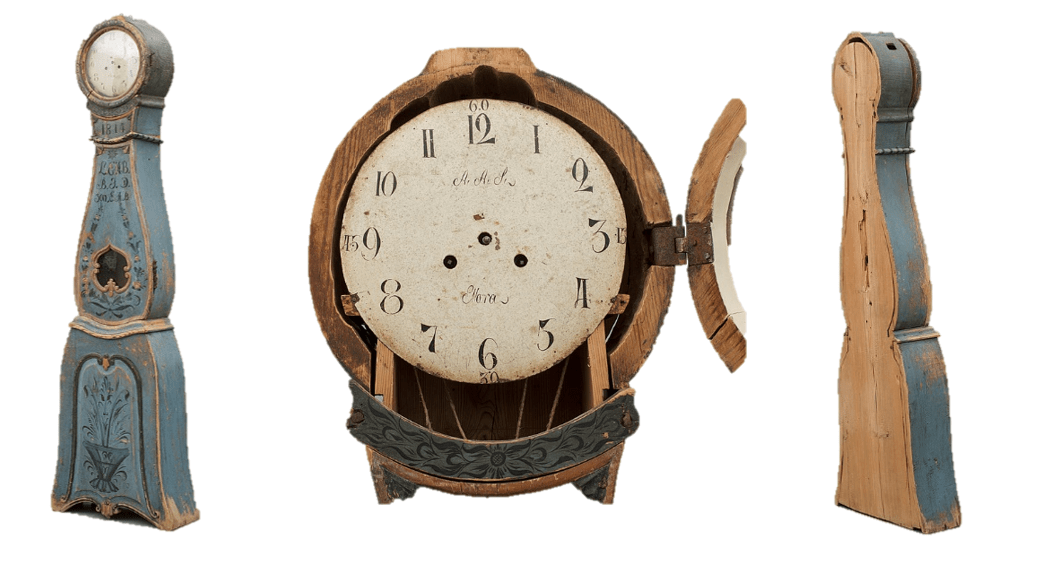 The crown is the decoration that surrounds the sphere and you can find ornamentation of the most varied, from very ornate and sumptuous to the complete absence of it.

A glass lid embedded in a round frame is fixed by a hinge on one side of the crown in order to protect the sphere although there are models where the lid is fixed. 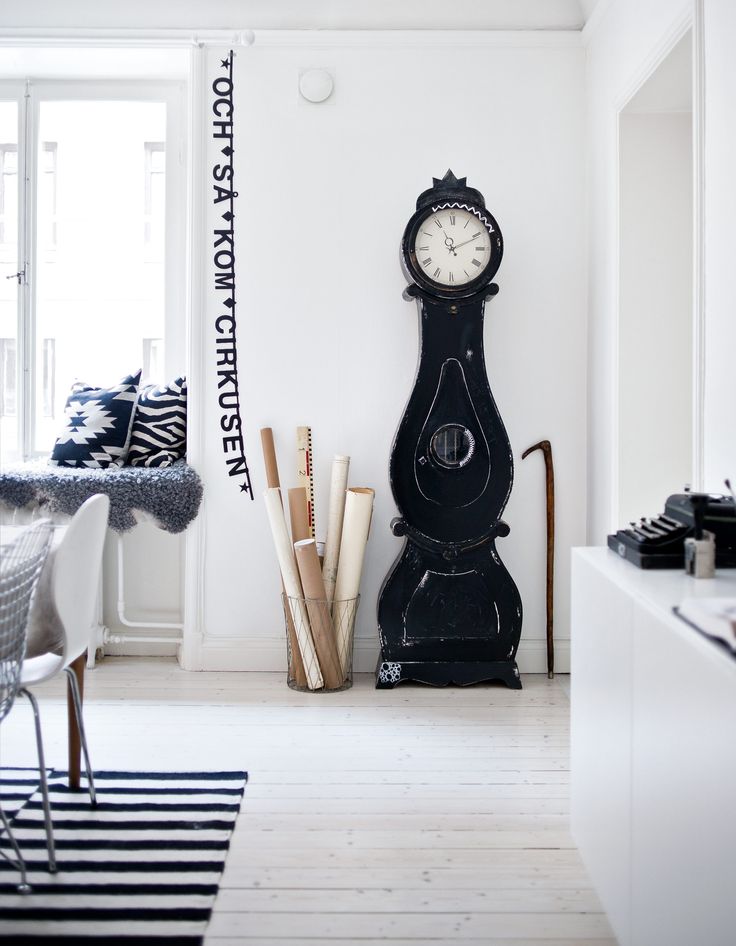 Following the aesthetics of the time, Mora watches were usually painted smooth and in light colors such as white, gray or light blue to which golden details could be added in order to reflect the light and illuminate the rooms during the long dark ones. Swedish winter days. In the more rural areas, on the other hand, they opted to decorate with kurbits, Swedish folk art, in vivid and intense colors on a hand of imitation wood painting. There were also no more ostentatious decorations with scenes, flowers or hand painted landscapes, all made at the request of their original owners. 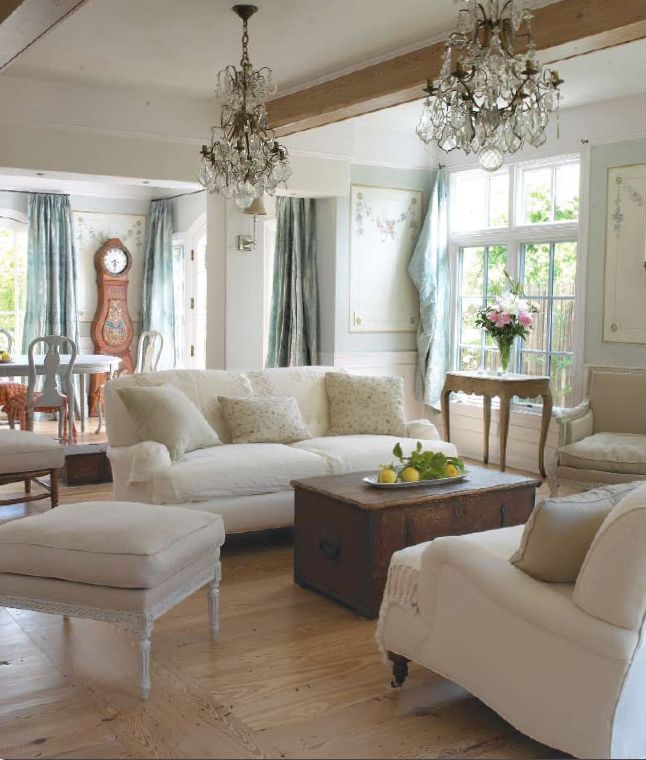 Nowadays it is very rare to find Mora watches with their original painting as they used to be repainted over and over again as the watches were passed from generation to generation with the aim of giving them a fresher and renewed look. 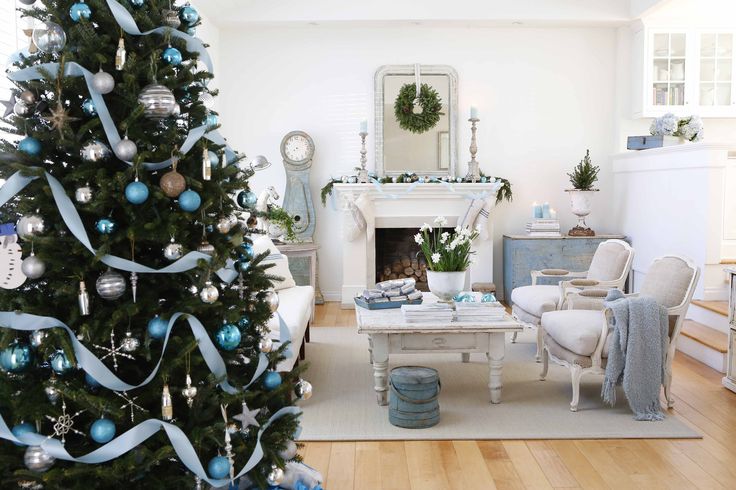 If feminine is the silhouette of the Mora clock, so is the rattle of its bells. An agile and delicate sound that has nothing to do with the heaviness and depth of its English counterpart. Mora watches can be found with one or two bells, corresponding to the touch of the hours on the dot and the one of the means respectively.

As for the mechanism, it is quite simple and rudimentary with a cycle of five to seven days before needing to rewind and requires careful maintenance and cleanliness for its delicacy. For a correct operation of the pendulum it is important that the clock is perfectly leveled so that the ticking is symmetrical on both sides and there are no time lags. As often these clocks were in houses with not so flat floors, it is common to find Moors with holes in the back from where they were screwed to the wall to leave them completely horizontal. 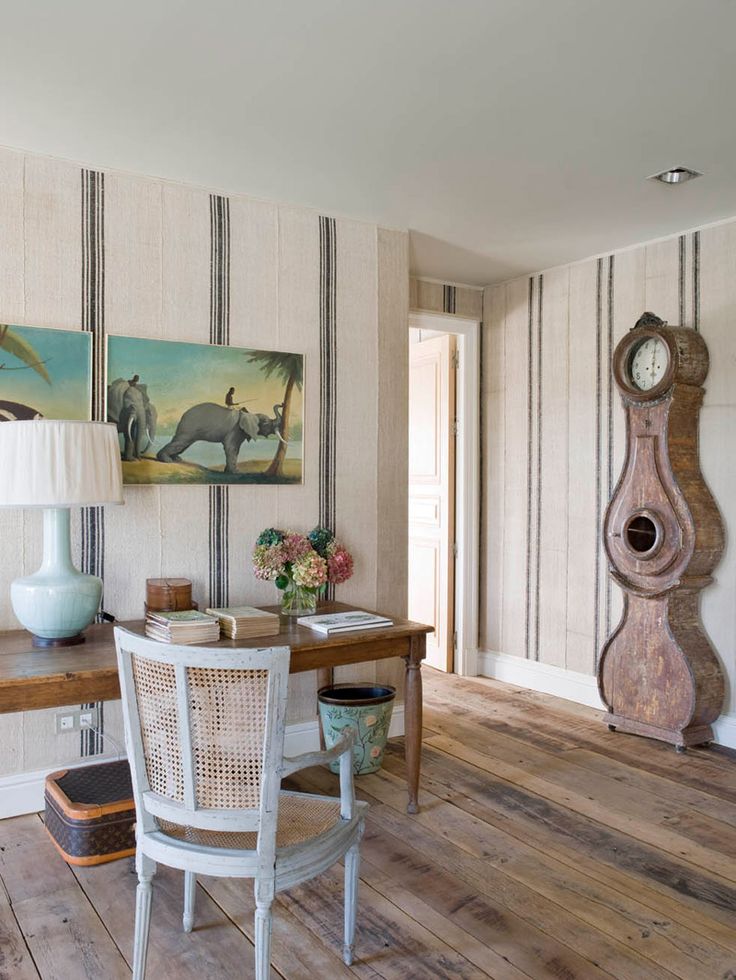 Precisely because of the challenge posed by the proper functioning of the pendulum and avoiding all the complications derived, today there is the possibility of replacing the old mechanism with a modern one and with batteries. According to the Swedish Interior Design antique shop, the original mechanism is fixed to the watch by a single screw, so it is very easy to replace it without damaging the watch and as the change is not permanent, it can always be reversed without losing the piece nothing of value. 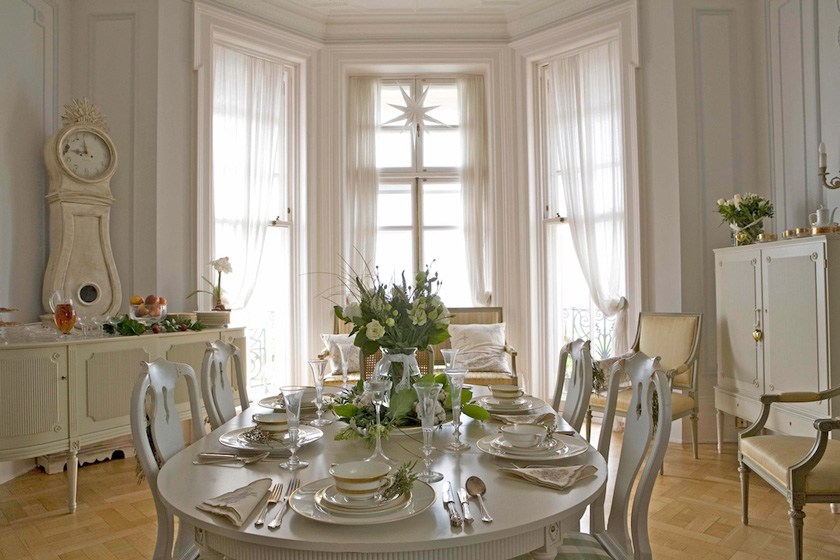 Like any antiquity, the price of an old Mora watch varies depending on many factors such as its origin, its status and its particularities, although a range between € 1,000 and € 10,000 can be considered as usual. 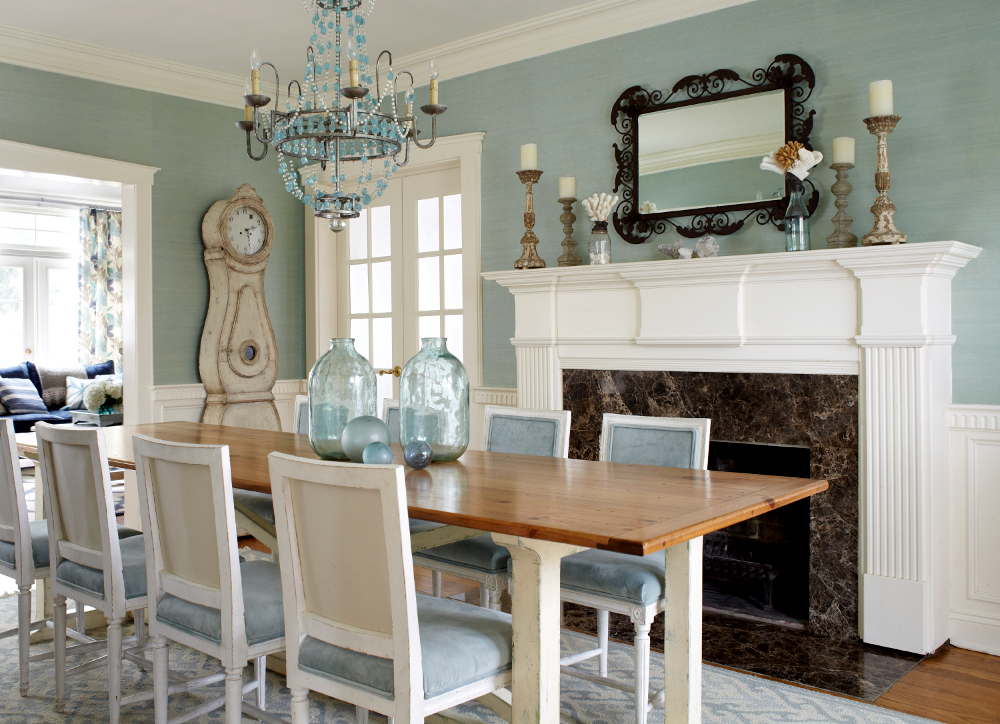 If you are one of those for whom the Mora watch was already an object of desire or we have opened your eyes to a new and tempting world, we have good news. There are a few antique dealers, Swedish Interior Design and Gustavian, with incredible collections of Mora watches that are delivered around the world

Once the model has been chosen and the purchase made, the watches are tested for one or two weeks to check their correct operation and they are sent to the destination with a specialized antiques transporter so that your watch arrives in optimal conditions. 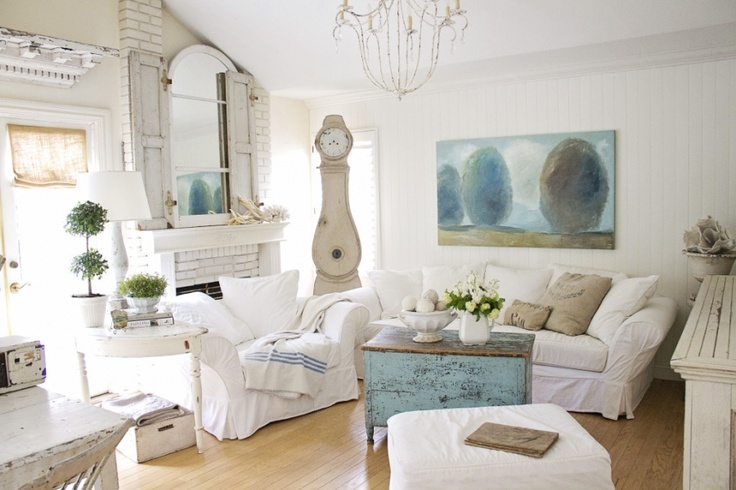 If you are still undecided, we leave you a link to our selection of spaces decorated with a Mora watch to inspire you. We are sure that you will not be able to resist!