Faced with the weather emergency, it is time to act. You have to leave the attempts aside to get down to work. On this premise, companies from the construction, real estate and public administrations sector have signed a climate emergency declaration to start building more sustainable cities, as described in the Sustainable Development Goals of the UN 2030 Agenda. 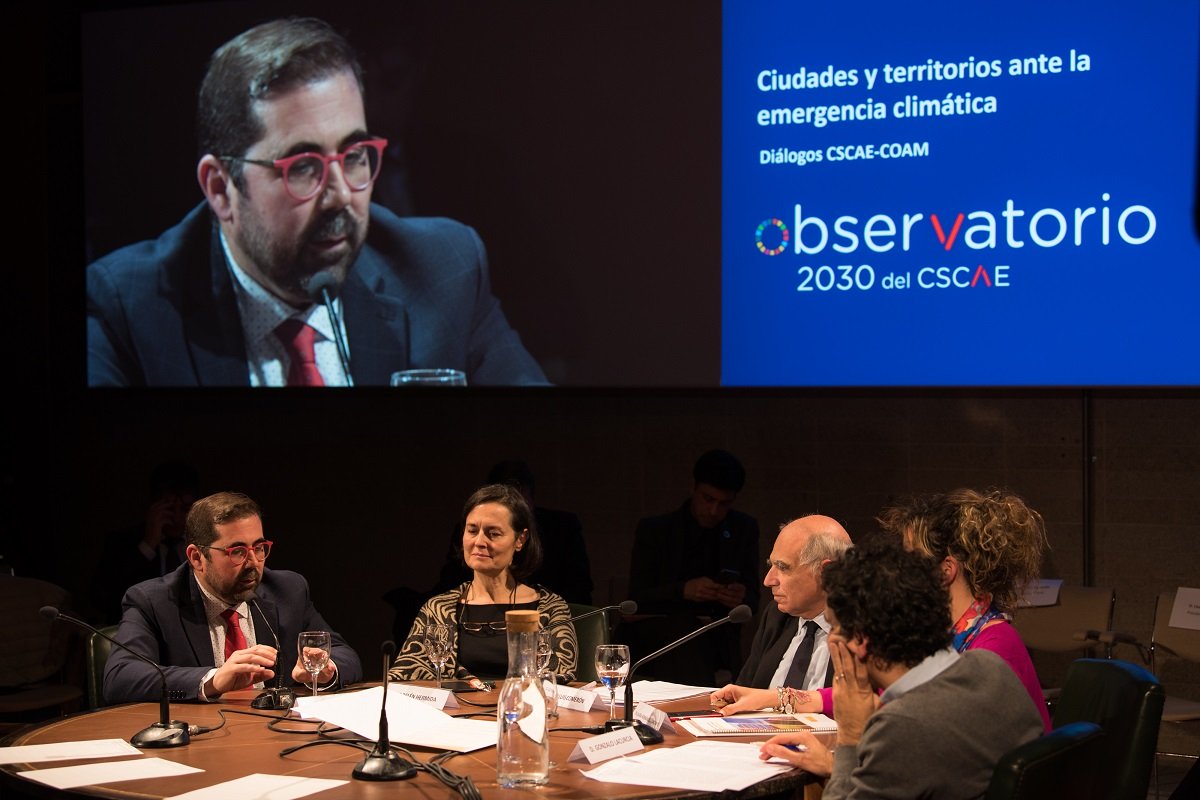 Promoted by the “Observatory 2030” of the Higher Council of Architects' Associations of Spain (CSCAE) within the framework of the Climate Summit (COP25), the declaration makes visible the “iron commitment” of the sector to promote a “paradigm shift” that bets on the responsible use of natural resources and the use of low impact renewable materials and that further reduces construction waste.

“Our homes, buildings, towns and cities were thought and built in the nineteenth century and, especially, in the twentieth century to respond to the needs of previous generations, using energy and natural resources as if they were unlimited. The situation has changed. We are facing a climatic emergency and we must transform them quickly because, if we do not act now, they will be a growing delay for our progress, ”said CSCAE President Lluís Comerón during the presentation of the manifesto, which took place yesterday at the headquarters of the College of Architects of Madrid (COAM) within the dialogues "Architecture in the face of climate change", organized by the CSCAE and COAM on the occasion of the Climate Summit.

The climate emergency declaration is signed by the Ministries of Ecological Development and Transition, the Department of Housing and Bioclimatic Architecture of the Generalitat Valenciana, the CSCAE and the architects' associations of Madrid, Valencia and Extremadura, the Association of Promoters and Builders of Spain (APCE), Asemas, Sareb; Manufacturers, such as Cosentino, Oficemen and Andece Prefabricados de Hormigón, Savills-Aguirre Newman, Grupo Lobe, the Sustainability and Architecture Association (ASA), the Vía Célere Foundation, ARUP, Asemas, Hispania Nostra, the Wires association, which brings together women with positions of responsibility in the real estate sector, the Valencian Institute of Building (IVE) and the General Council of Economists of Spain and the College of Civil Engineers, Canals and Ports, among other entities. In addition, from today it will be available on the website of the CSCAE (http://www.cscae.com/index.php/conoce-cscae/declaracion-de-emergencia-climatica) so that as many professionals and companies as they wish may adhere to it .

The signing of this declaration has a double objective: on the one hand, to make visible the commitment of the sector and consolidate it internally, when signing it, and, on the other, to claim the same commitment from the competent public administrations, because - as the dean of the COAM, Belén Hermida-: "The consequences of what we do and what we will not suffer as professionals and as citizens." 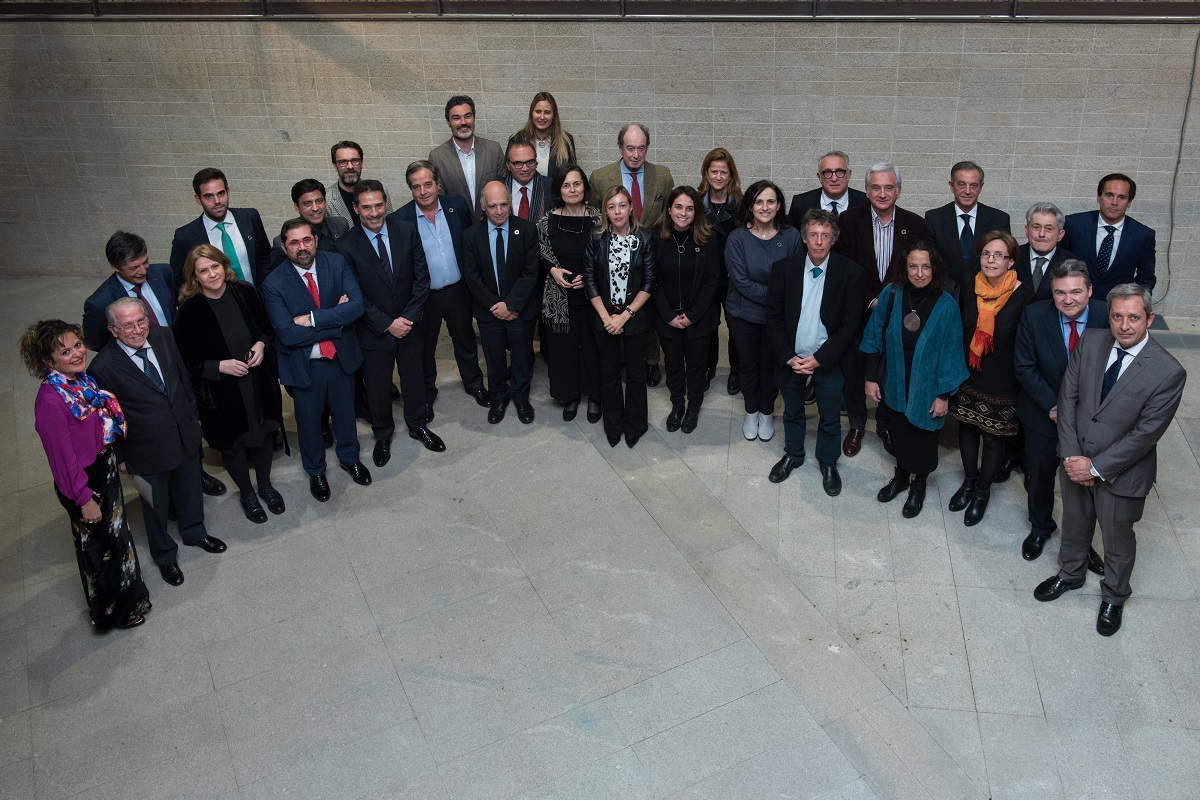 At the presentation and start of the collection of signatures, the general director of the “2030 Agenda” in Spain, Federico Buyolo, valued the initiative, and pointed out, referring to the SDGs: “We are building a new social contract and we need a multilateral leadership so that the paradigm shift is possible. It is an ethical commitment. ”

In the same line, Gonzalo Lacurcia pronounced. Adviser to UN-Habitat in Spain, he reflected: “In a few years, cities will concentrate 70% of the population. It will occur, above all, in countries where there are fewer resources and those with higher levels of development will play a fundamental role and will have to be much more generous, sharing their knowledge, because there is no sustainability of us without their sustainability. ” .

For its part, from the Ministry of Ecological Transition, Laura Hernández-Garvayo, remarked that "acting is already an emergency" and asked for "collective effort." He noted that the Ministry is working to offer “a stable framework”, with measures such as the Energy and Climate Plan (Peniec), the Fair Transition Strategy and the 2030 Agenda Action Plan, and defended: “We are doing things to that there are no losers. ” In this regard, he said: “The objectives set are ambitious and realistic. What it does not mean is that they are easy. For that, we need everyone's action and innovation. ” And she was convinced: "We can achieve the objectives set for 2030 and, of course, think in 2050".

Before the presentation and signing of the declaration of climatic emergency of the sector, an interesting debate was held in which representatives of the different subsectors that make up the “Observatory 2030” of the CSCAE participated: the General Director of Architecture, Housing and Land of the Ministry de Fomento, Javier Martín; the president of APCE, Juan Antonio Gómez Pintado; the director of the IVE, Begoña Serrano; the director of Strategic Planning of the Spanish Banking Association (AEB), Juan Carlos Delrieu; the president of the General Council of Economists of Spain, Valentí Pich; the vice president of the College of Civil Engineers, Canals and Ports, José Polimón; the director of IECA-Oficemen, Jesús Díaz Miguela, and the general director of Forética, Germán Granda.

Architecture in the face of climate change

The conference “Architecture in the face of climate change. Time to act ”includes special sessions, from five to seven in the afternoon, of the different working groups that make up the“ Observatory 2030 ”of the CSCAE and then the CSCAE-COAM Dialogues are developed, from seven to nine at night. In them different experts, professionals of Architecture and other fields of knowledge, including the University, and representatives of the public and private sectors will address the fight against climate change, betting on that great green pact for cities.

In addition, four Architecture and Urban Planning itineraries have been programmed for architects and other professionals who wish to know better the values ​​and architectural richness of Madrid. Workshops and activities for children will be held during the weekend.