The normal thing when you want to make a change at home or a new work in the city is to call a service of reforms houses barcelona. But lately something exceptional is becoming fashionable, container houses. Surely you will have heard of them. They are maritime containers that fit each other to form a housing block. Well, in the center of Barcelona a new building is being installed following this construction procedure. Interesting, right?

This new property located on Nou de Sant Francesc street, in the district of Ciutat Vella, It is composed of 16 typical containers that are used to transport resources through ships. The project is not signed by any company of integral reforms flats barcelona, ​​if not by Straddle3 architects office. Requested by the Barcelona City Council to fight the gentrification and current real estate demand of the city, this new building will accommodate eight rooms of 30 square meters and four doubles of 60 square meters. The study also involved the study Eulia Arkitektura and Yaiza Terré. 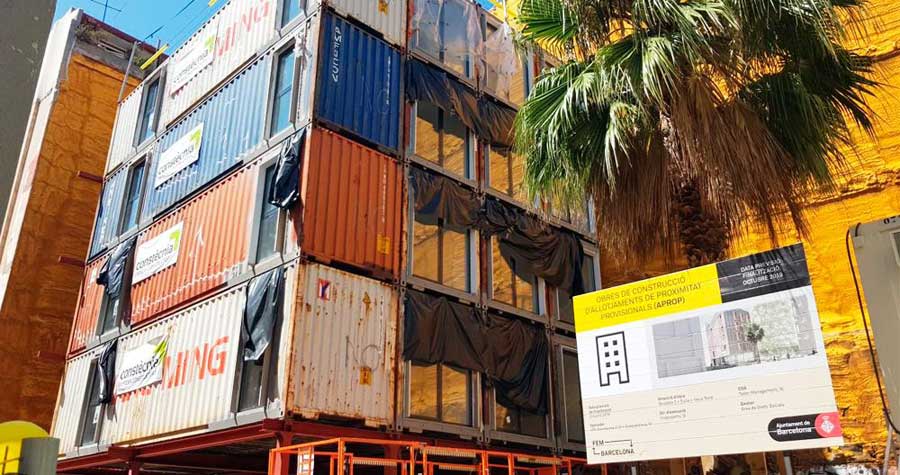 The installation of these accommodations (they cannot be called housing because they do not exceed 36 square meters) started in July of last year and first the containers had to be conditioned so that they were fully habitable. This work was carried out in Tarragona and the preparation of the interior of each of the containers was sought so that, once taken to Barcelona, ​​they only had to be installed on the site.

This type of accommodation It has nothing to envy to ordinary homes in terms of benefits. Each one has a bathroom and kitchen, they have a polycarbonate and wood facade, quality finishes and details and, if that were not enough, they are interconnected by an elevator.

The best of this type of construction? Well, they are completely modular and 100% sustainable. If at any given time you want to take the building to a completely different place, it is possible. Not to mention the reduced costs. Simply recycle a maritime container to acclimatize it and transform it into a place to live. Nothing compared to an authentic work where the cost is vastly higher. 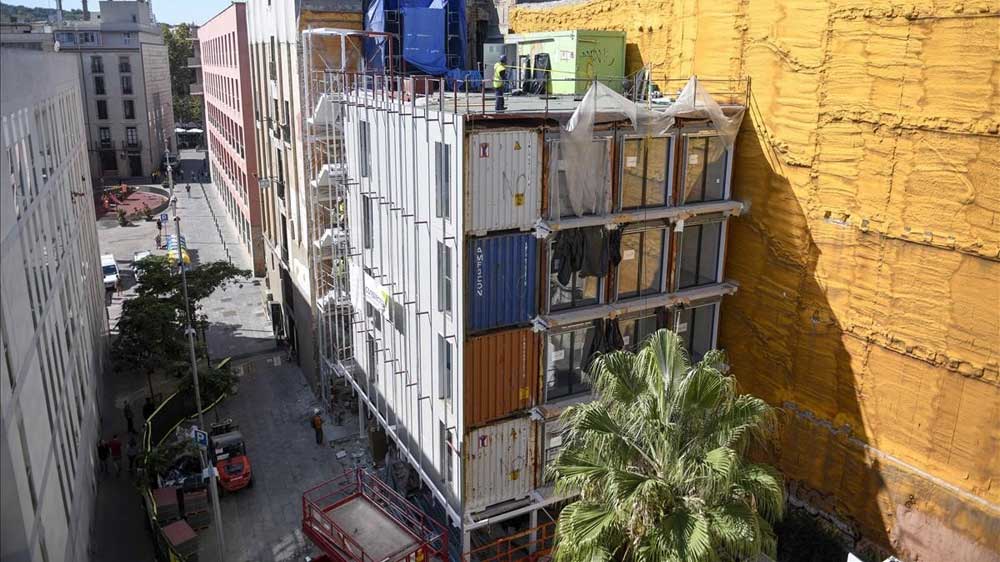 There is also the ecological aspect. The basic idea is to take advantage of a waste that is no longer wanted to be reused to give it a totally timeless new use. In addition, to carry out the traditional works it is necessary a lot of energy and resources, which are not necessary in buildings made with containers.

Worst? This type of construction encourages life in small accommodation. Even media like ‘The Guardian’ has called it ‘can of sardines’, and the truth is that they lack reason. Remember that each of the rooms has 30 square meters, and the largest with 60. And the controversial does not end there. It is rumored that the accommodation of 60 square meters will be around 1000 euros per month.

And you, do you like this type of construction? Do you think they are efficient solutions to alleviate the current housing emergency in Barcelona? Tell us below ...