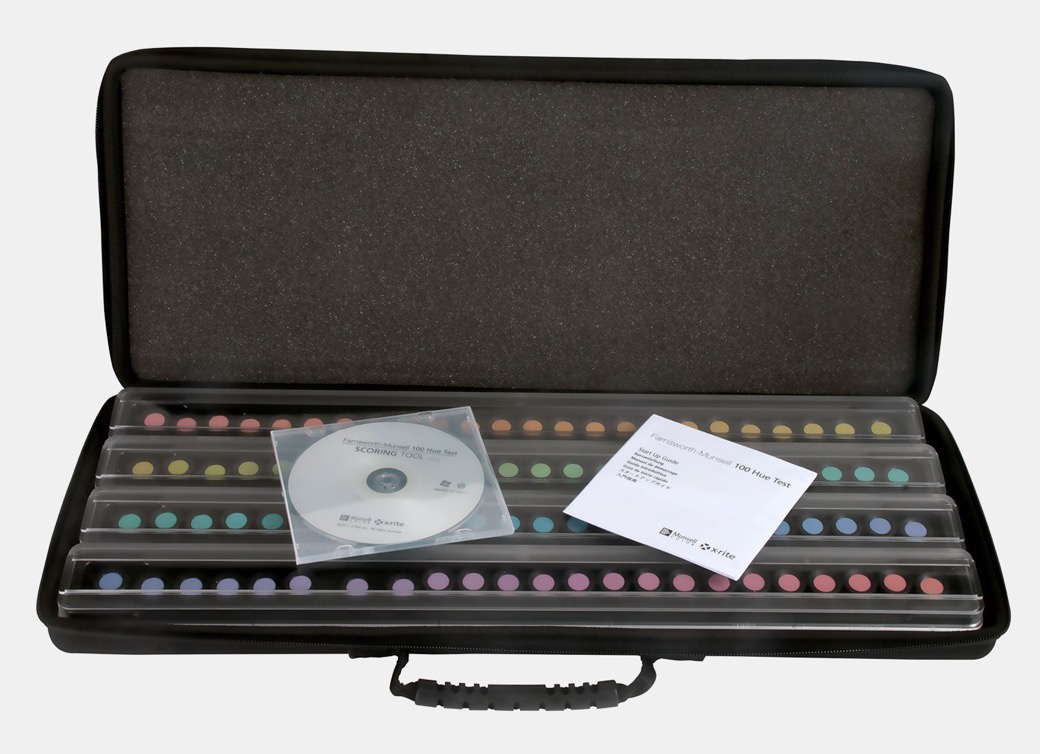 I do not know how old the tests of visual acuity will be made today. The typical of the poster with letters and symbols that makes us the oculist to graduate the view. We all passed it before or after. But the one I just did is not usual. The Farnsworth-Munsell test what it does is measure your ability to distinguish shades of color. Do you dare with him?

Despite the compound name, this test was actually devised by the Commander of the North American Navy Dean Farnsworth in 1943 during your stay in the Naval Submarine Research Laboratory in New London, Connecticut, in the middle of World War II. Measure the ability to isolate and order color cards whose tones have a small variation of the same color. For this, its luminosity (value) and saturation (chroma) must be constant. And in addition their tones must correspond to the Munsell Color System, hence the name composed of the test. 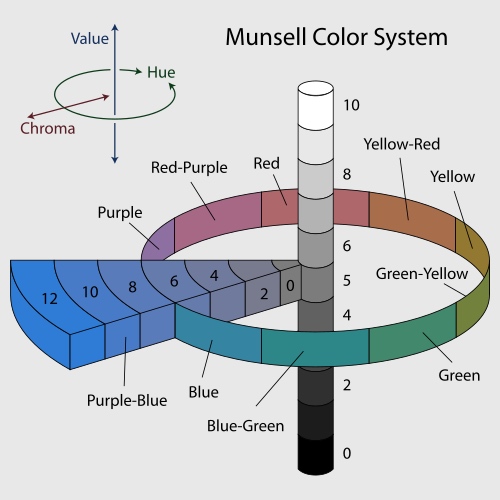 Actually, there is not a single Farnsworth-Munsell test but rather Various variations coexist. The best known are those of the 100 and the 15 shades. Both can be purchased in both analog and digital formats.

The most common is 100, composed by 4 rows with 25 shades each one that will have to be ordered correctly. The colors of the ends of each row are coincident and can not be moved, unlike all the intermediates. The final result combines two types of errors: the number of wrong positions and the severity of the disorder in each row. The lower the score obtained, the greater the ability to distinguish tones.

Nowadays, it is not necessary to resort to expensive analog tests. It is easy to find digital replicas on the internet like the one I link below (although it's actually 88 colors). 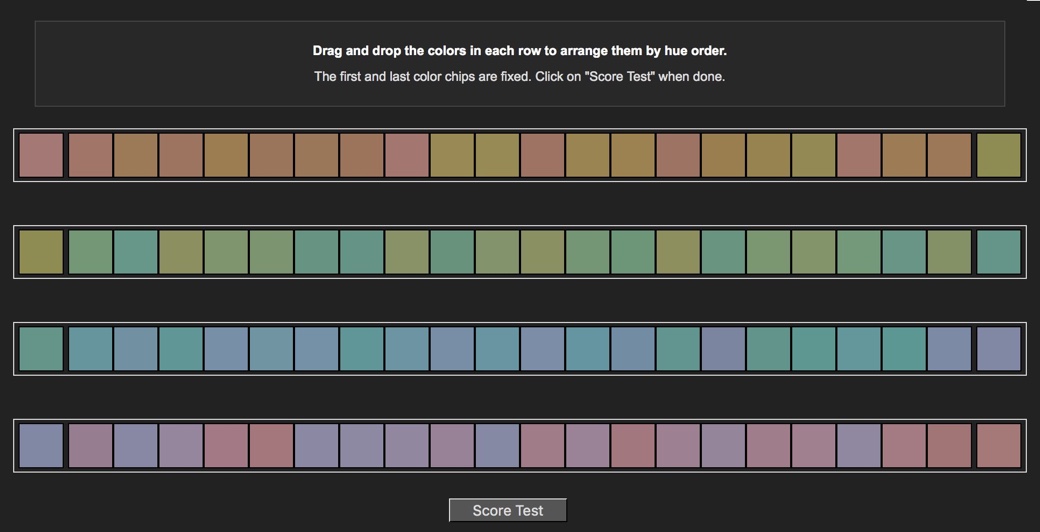 If you think many, try directly with the 15. In addition, Pantone has recently created one of 40. It is the one I came by chance and has given rise to this entry.

Images via Wikipedia and linked pages.