We all need inspire us, and friends of Disney Pixar are no exception. Do you know the movie UP? Did you know that it is based on real events?

In fact, everything started in a neighborhood in Seattle (United States) that was being modernized and where to carry out the new urban planning plan, the construction companies needed to take control of all the properties in the area. They managed to buy all but one, a small house of an old lady called Edith Macefield who rejected all the offers that were put on the table (it is said that in 2006 they came to offer you 1 million US dollars). When a reporter asked him why he was not selling, Edith replied: "I do not want to move. I do not need the money. Money does not mean anything to me. "

After the refusals of Edith, the promoters decided to build the complex of buildings bordering the house. In the following photo you can see the house decorated with balloons during the promotion of the film. 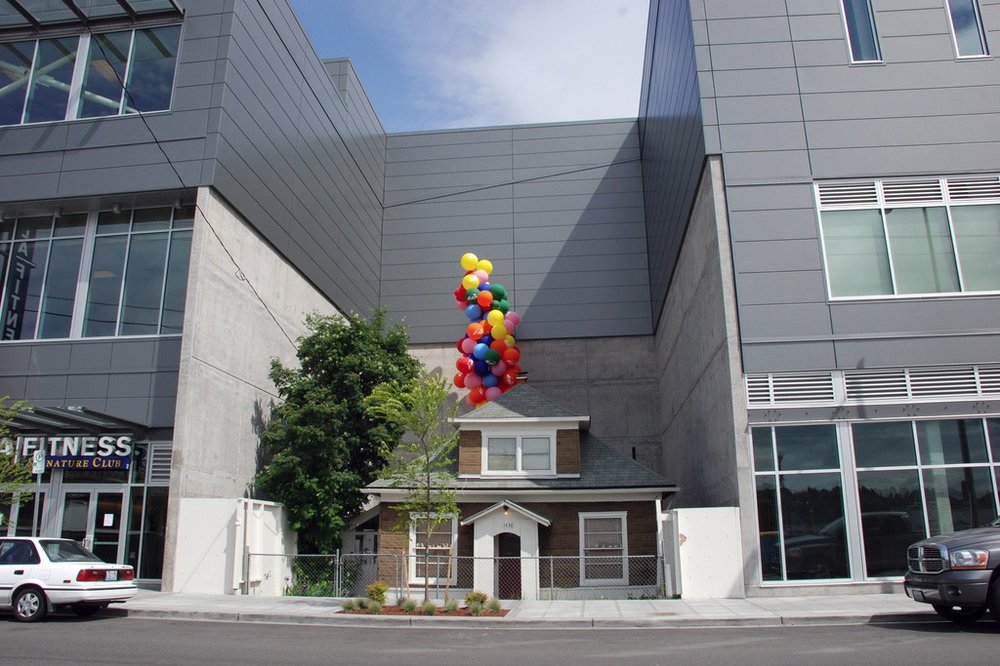 According to a Seattle newspaper, Edith left the house to the construction manager of the complex who in 2009 sold it for less than $ 200,000 to a local developer (Reach Returns) and this, a group of investors to whom he owed money. A few months ago it was put up for sale by auction but no one bid for it since apart from the sale price it is necessary to add a debt that exceeds 300,000 dollars.

Do you want to meet her? You just have to go to 1438 NW 46th St. in Ballard (WA, Seattle) or virtually in the Facebook group created by his fans: macefieldhouse

As the one that does not run flies, the American constructor Bangerter built in Utah a replica of the house inspired by the film and that you can see here below: 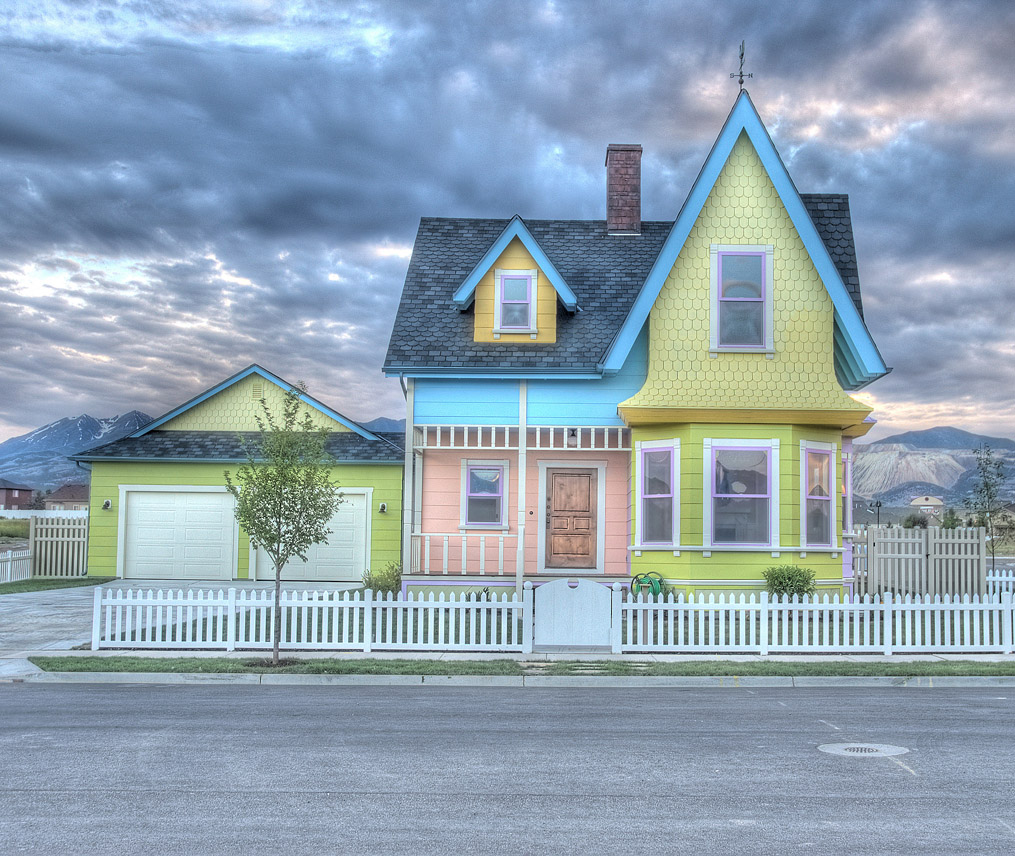 A house that gave a lot of play and that we love!